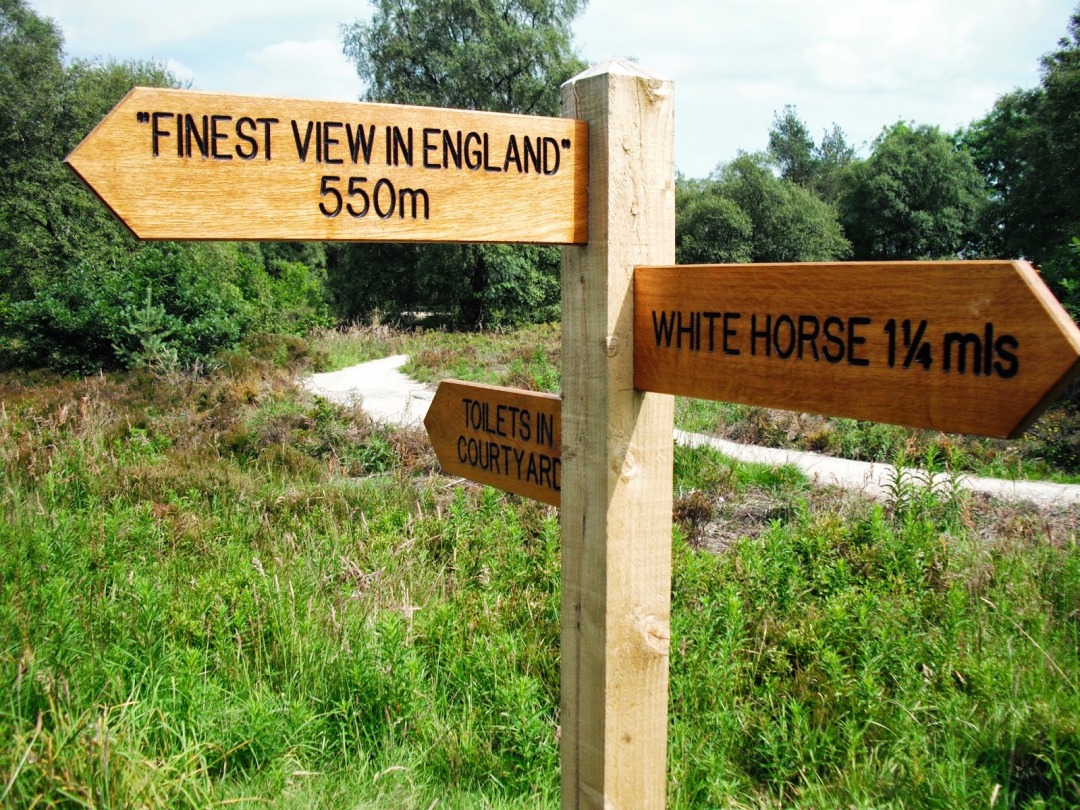 So last weekend was my last long run weekend before the Hardmoors 55 on the 18th March!

For those of you who don’t know what B2B runs are or why you do them: B2B training runs are when you do a long run, then another the next day. If you were to do one long training run of greater than 30 / 40 miles your body would take a long time to recover. Splitting the long run into two long runs doesn’t take as much out of you, but it does get you used to running with tired legs and trains your mind to handle the pain!

So, my plan was to head out onto the trails on Saturday to do my first long run, then stay local to where I live for my second long run on Sunday.

I had reduced my weekly mileage prior to the B2B to avoid being too tired and allow my energy stores to be maximised and rested the two days before.

The weekend would also give me the opportunity to test out my race day kit before the day.

Saturday 4th March
I set my alarm for 5am, giving me sufficient time to have a decent breakfast before heading off. My plan was to cover part of the race route on the Cleveland Way in North Yorkshire, England. The weather was forecast to be nice but cool. However when I got to my start point it was quite misty. There is a point on Sutton Bank that advertises itself as ‘The Best View in England’ according to author and Vet James Herriot. However today wasn’t the day to see it with the mist limiting visibility to about 50 feet. 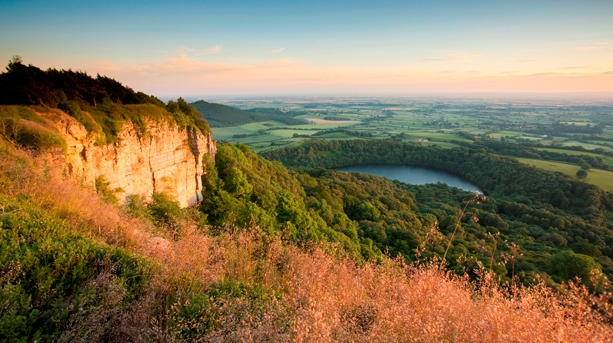 The finest view – on a nicer day!

I was carrying the full mandatory kit I would need both for my upcoming race and the Lakeland 50 in July. This included my OMM Kamleika rain smock, Montane Minimus rain trousers, hat, gloves, spare warm top (merino wool), spare running tights, spare socks, first aid kit, emergency bivvy bag, mobile phone, tracking device, whistle, map, compass and food and water!…….that is all………crammed into my Salomon S-Lab 12 race vest. I had also thrown my running poles into the back pack as I wanted to test these for later in the race!

As well as testing the kit, I also wanted to test my nutrition and hydration strategy.

‘It’s often said that ultra distance runs aren’t just about running; it’s an eating and drinking contest and the one that manages to eat an drink the best has the most energy to finish!’ quote from a recent blogpost from Mountain Fuel…source unknown!

So my plan for the race is to eat little and often and take about 500ml of fluid per hour. For this session I took a Lara bar, Chia Charge bar, some Haribo, a Nudest Yoghurt / Muesli pouch and some Clif Shotblox. I also had a Mountain Food dried meal (Beef chilli that you add hot water to) at the finish and a Mountain Fuel recovery shake for the journey home.

The weather cleared as the run progressed and by the time I got halfway the sun was shining.

My attempt at an action shot on the descent to Osmotherley!

I called in to a store in the village of Osmotherley to grab some more water and took a break to refuel before heading back out.

On the return leg I used my running poles. I bought some Leki carbon fibre poles a few years ago to use on longer ultras. I trialled them on a couple of training runs but found that they distracted me from eating and drinking so found that I was ‘destroyed ‘ at the end of the run. However their usefulness when your are tiring, and their popularity at the Lakeland 50/100 (my race goal for July this year) has resulted in my giving them a second chance.

I am still not fully competent with them, but found that I could power hike up the hills a lot easier and they had their use keeping me upright on the muddy sections! 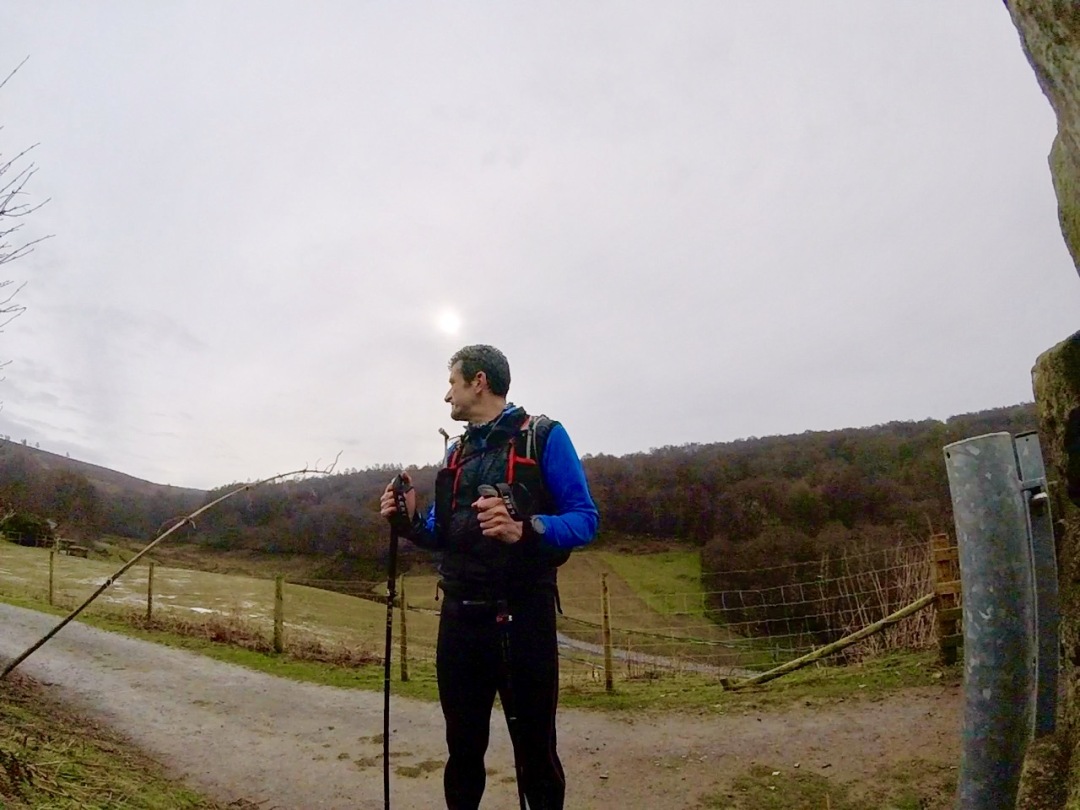 Am I lost here? Poles at the ready!

By the time I returned to my car the weather was ideal, sunny but cool. A quick change of clothes whilst my Mountain Food chilli was preparing and I was on my way back home

Sunday 5th March
When I woke (around 7am) I felt quite good and ready to run. A meal at the local Italian and a good nights sleep helped! After my breakfast of porridge with honey and dried fruit I was ready for today’s run. No kit testing today. The weather was good and not raining as the weather forecast had predicted.

Today’s route was on road and hard packed trail so I wore Road shoes and chose to run without my backpack, carrying food in a bumbag (fanny pack to those over the pond) and carrying water in a bottle to be replenished en-route.

My plan was to run from my home to the city of York about 17 miles away where my girlfriend would pick me up and drive me home! My pace would be slow, the idea being not to tire myself out too much.

I also ran with some music. I would normally avoid this but thought it would help motivate me with my legs being tired.

I was surprised how good I felt at the end of the run. After a total of 40 miles (over the weekend) I am sure this will benefit me during my race, but I also know that I won’t feel anywhere near this good after 40 miles of the race with another 15 still to go!

At the finish in York – Clifford’s Tower in the background

Now I have less than two weeks to the race. My plan is to have a couple of days rest before resuming training at reduced mileage. My long run at the weekend will be no more than 15 miles and all running will cease three days before the event with light stretching only!…..and plenty of healthy eating!  Wish me luck!

Question time:
My taper time is relatively short. How long do you normally have and what is your longest run in this period?