I am not usually one to take on challenges such as ‘dry January’, ‘Movember’, etc. unless there is a benefit from it for me such as wanting to lose a little bit extra body fat, or other health reasons.

So it was a surprise when I decided to take on the ‘Ron Hill run every day in October’ challenge.

Why did I decide to do it?

I have been aiming to get back to the fitness levels I was earlier in the year, ever since I had my Pacemaker fitted back in April. I never really knew at the time if it was the PM that was causing my lack of enthusiasm and fitness, or was it (as the cardiac physician had said) down to deconditioning of my body after my heart failure and subsequent return to activity. From past experience it was most likely to be the latter!

I had been running regularly, but not the great distances I had run before, and had ran in a few races, but still was struggling with motivation.

The run every day challenge was to be my motivation. I am quite disciplined and driven when it comes to something like this. I hate to give up and cannot stand cheating (saying I had ran when I clearly hadn’t!). However it was still going to be a challenge as I had a race every weekend coming up in October (Yorkshire 10 mile, Tadcaster Harriers club handicap race, Thoresby 10 and Wistow 10k, as well as the tough ‘Guy Fawkes 10 mile’ on the 5th November. 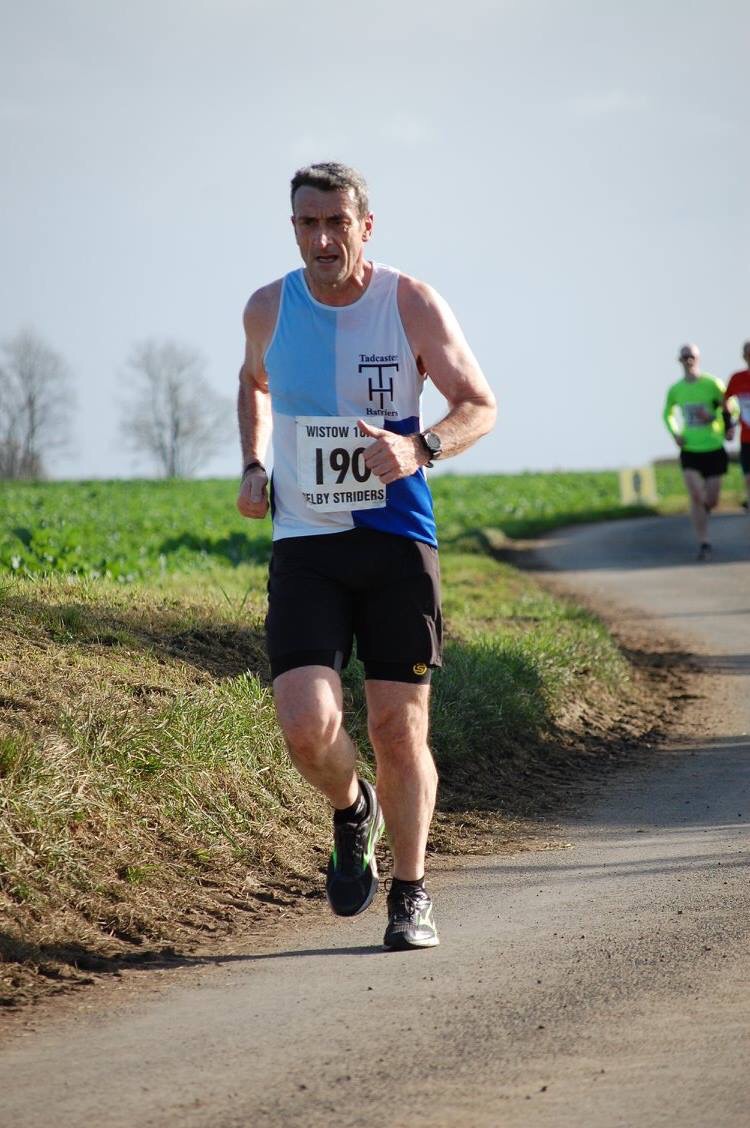 The first day of October saw me travelling back from a weekend away in London. Maybe not a good start, but managed to get out for the two miles minimum as soon as I got back!

The challenge was underway!

Fellow running club members were also doing the same challenge and knowing that they would be looking at my Strava records to see if I had run helped me keep the momentum going. The toughest runs were those the day after a race. Monday morning normally sees me going to the gym for a circuit session. So I would tag on a couple of miles or so on the treadmill. Other ‘rest days’ would be spent heading out for a slow steady run, generally on a flat route!

The month has actually passed quite quickly. I have averaged above 30 miles per week (which is less than I was doing earlier in the year when my ultra training saw me completing 40 to 50 miles per week) which includes different types of training (recovery runs; hill training; intervals) over distances up to 10 miles maximum. I have also kept up my other activities such as circuits, yoga and cycling during this period.

So, have I benefitted from the experience?

Maybe it is a coincidence, but I now feel that I am back to where I was at the beginning of the year. My race times have dropped and my race pace is more or less the same. I have lost some weight (which also helps) and my motivation level is quite high. I find that I am looking forward to going out running and not feeling that ‘do I really want to go’ feeling that I was getting before.

Representing the Cardiac Athletes team at the Thoresby 10 mile event!

I will definitely do this again during 2018 if my enthusiasm starts to fall off in the later months. I would also recommend it to others who are looking to step up their training and want something to motivate them!

On the 1st November, I was very close to heading out for a run. However I convinced myself not to. In fact I am having three days off running. As much as I have benefitted from the experience, I feel that my body now needs to rest a few days and recover. I don’t want to push it too much and get injured. I also have the Guy Fawkes 10 race on Sunday so a couple of days rest and recovery should benefit my race.

I now plan on continuing with my road race training with an aim to break a few PB’s next year, at least at 5k and 10k distances. In the new year I am looking at booking a lactate threshold test and targeting my training to achieve my goal. I am also looking at cutting back my racing so I am doing one race per month, at least for the first three months!

My plan to become a racehorse and not a donkey begins!